Artist SPOTLIGHT: JoAnn LaPadula has a unique approach to watercolor 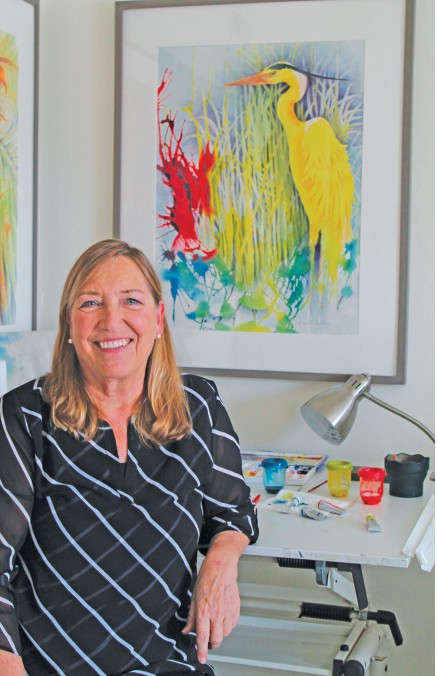 A graphic artist, she longed for years to get back to painting, which she enjoyed while in college. So when she retired four years ago and moved to Fort Myers from the Finger Lakes region of New York state, she decided to pursue watercolor.

“I was very frustrated at the beginning. Then I took a workshop with Lian Zhen and he gave me a new perspective. I really enjoyed it,” said LaPadula.

That new perspec­tive is called negative painting. The subjects of her watercolors are established only after painting the background or what will become the negative space, which is the space around a subject, not the subject itself. When a negative space forms an interesting or artisti­cally relevant shape, she can then identify what she sees as the “real” subject.

Starting with a blank sheet of watercolor paper, LaPadula typi­cally works with three colors: yellow, red and blue. In demonstrating her technique she pulled out a brilliant yellow, or gambage nova; a deep, rich shade of red, vermillion; and a transparent Antwerp blue. After mixing each color with water in separate containers she poured small amounts on the paper and blew the paints with a straw in different direc­tions, spreading them and mixing them on the paper. 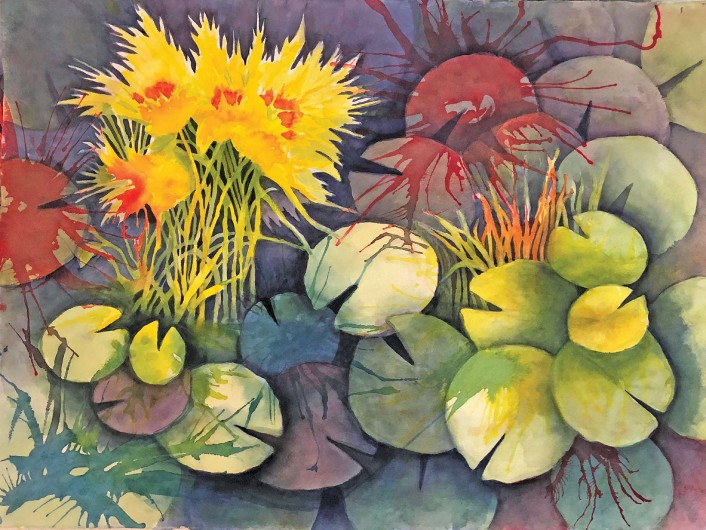 When she sees possibilities for an image as a subject, she will stop, put it aside and go back at a later time. To develop the background image and the foreground she’ll then use traditional watercolor painting with a brush.

Since most of her paintings are of Southwest Florida, she has resources at hand for reference: photographs she has taken of birds and other animals, sea fans and coral. Most of the time she does not have an image in mind when she starts. “The painting takes me where it wants to be taken,” she said.

Since starting down this path, she has been accepted into the Florida Watercolor Society and two of her paintings have been accepted in the online shows. At a recent Fort Myers Beach Art Association show, she won second prize for “On the Vine,” a painting of clustered sea grapes and branches. 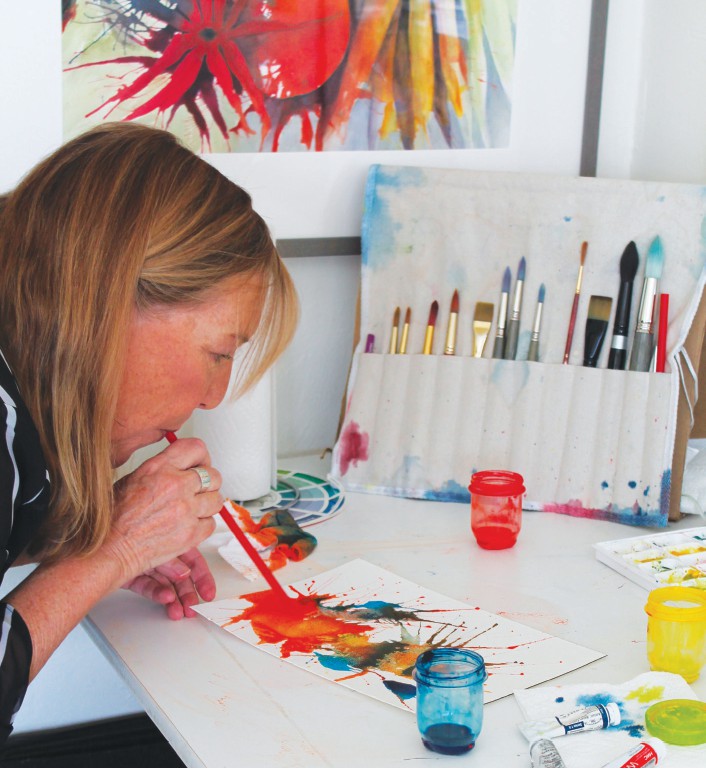 Her first show with multiple paintings was with artist Sue Pink at the Sidney and Berne Davis Art Center in Fort Myers last May.

In February she is artist of the month at Daas Gallery in downtown Fort Myers. In March a Fort Myers Beach Art Association show including her work runs from the 6th to the 18th and she will be exhibiting at the Harbor View Gallery in Cape Coral for the entire month. She has a busy schedule.

On March 12 she will be giving a one-day workshop teaching the negative painting technique she loves where attendees can blow paint and take it step by step.

“I’ve always liked painting. It’s more the creating, the creation and the finished product,” she said.

To see more of her work go to facebook.com/jlapwatercolorswfl