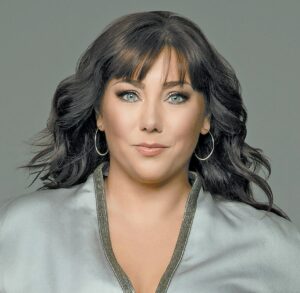 Jennifer Rowley will be performing March 21.

The need to distance audience members during COVID, gave birth to the first Festival Under the Stars three years ago in Cambier Park. It also gave Opera Naples a boost in introducing the art form to area audiences, who could enjoy professional productions in a popular location outdoors.

Once again the Festival Under the Stars will be extended into 2023 due to the destruction of the opera’s home, The Wang Opera Center, which sustained extensive damage from the storm. Executive Director Laura Burns said she is grateful for the support that patrons have shown and for the attendance that hasn’t suffered much with the change of venue.

Plans are in place for the third Festival Under the Stars, with performances March 25-April 5 at Cambier Park. It’s sponsored by PNC Bank and presented in collaboration with Naples Art Association and Grand Piano Series.

The Festival Under the Stars will feature the Naples Festival Orchestra, four up-and-coming resident artists along with some of the best international opera artists in the world. The lineup features an “Opera Stars Concert” starring Soprano Jennifer Rowley on March 21; “Carmen” on March 28 and 30 with orchestra maestro Ramon Tebar; “Zarzuela and Flamenco” with mezzo soprano Maria Antúnez and tenor Martin Nusspaumer on March 29; “A Night at the Opera,” when Opera Naples resident artists partner with the Southwest Florida Symphony for an evening of classical performances and popular arias on April 2; and “Frida,” on April 4 and 5. 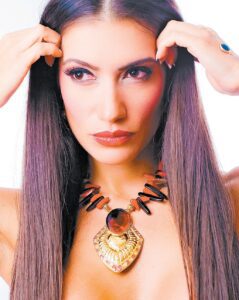 Tickets start at $28 with a variety of individual and table seating level options. Guests who purchase five-event festival passes will receive a 15% discount. Assigned seats will be provided for all ticket levels. No outside food or coolers permitted. Advance meal packages from Three60 Market are available for purchase or guests can purchase light snacks during events.

The festival will include the second Family and Community Day on March 26. Free to the public and underwritten by FineMark National Bank & Trust, the Family and Community Day will feature a performance of “The Ugly Duckling” by the Opera Naples Resident Artists, additional performances by Opera Naples youth, and a variety of activities to educate and inspire the children in our community. 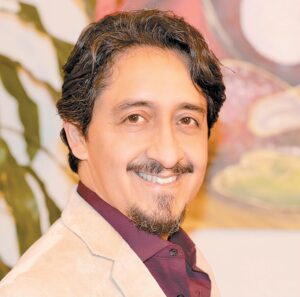 As for Ian’s destruction to the opera’s home in east Naples, Burns put the estimate of restoring the building to its former status at $1 million. “It’s $1 million to get it back to what it was but not with new furniture or replacing props,” she said. “So probably $1.3 million to get us back.” After working with the nonprofit’s flood insurance carrier and the Small Business Administration, “It’s still about $500,000 short.” But donations have been coming in and Burns’ positive attitude can’t hurt as Naples Opera continues to wrangle itself into its new shape involving outdoor concerts and those in other venues.

“Ticket sales so far have been tremendous,” Burns said. “At the end of the day, it’s all of these [groups, organizations and businesses] supporting Opera Naples and our initiative,” including community spaces and venues offering rehearsal space while rebuilding continues.

“What started as a way for us to continue to share opera performances during the pandemic, the Festival Under the Stars has blossomed into a major event that patrons look forward to each season,” said maestro Tebar, who is Opera Naples’ artistic director. “This season, we want to take it to the next level and expand the cultural horizons of the Naples community and beyond. Our goal is to bring together the best opera artists and most popular opera productions from around the globe and create a new world of wonder and artistic appreciation in the scenic paradise of Southwest Florida.”